The US Election – Do Australians Care? 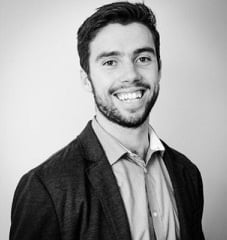 What seems to be a perpetual U.S. election campaign trail will come to an end on Tuesday, and America will have a new president. In the far reaches of the southern hemisphere hovers Australia, poised to receive news from the outside world as a reminder that we are part of it. What is our perception of the U.S. election? Does our interest in it exceed our belief that it will actually have an impact on us? In a year of controversial political changes (Brexit, anyone?), are Australians anxiously anticipating another shock result? A recent poll run by Lightspeed aims to find out.

When asked if the U.S. election is ‘interesting’, it appears fewer females see it this way, with 32% claiming not to be interested compared to 18% of males. Those aged 18-34 have greater interest than the 55+ demographic, with 70% of 18-34’s claiming to be interested, against 49% of 55 and over’s. In an election comprised of sound-bytes, media headlines and political chest-thumping, it is hardly surprising that interest might be waning amongst Australians. We rely on the media to give us our daily fix of Clinton vs. Trump, rife with tiring spectacle. Are we interested, or merely entertained?

The apparent importance of the outcome stood in contrast to interest levels of Australians. A resounding 80% of 18-34s report the result will be important to them, whereas only 58% of the 55+ crowd thought the same.

Who do Australians believe will win the election? Hillary, almost unanimously. 80% of respondents believe Trump will be ousted on November 8th, paving the way for the first female president in U.S. history. Whether this notion appeals to Australians is an altogether different story. When broken down by gender, fewer males (73%) want to see this happen, whereas 87% of females are in favour of the former First Lady. This might reflect Trump’s disassociation with the opposite sex. Effectively half the number of females would prefer a term of Trump than males, of which 27% support him.

Interestingly, statistical similarities between belief and personal opinion aren’t clear cut. Prediction is firm, but preference is less disparate between the two candidates. Perhaps we’re reeling from Brexit, and are turning on our opinions to counteract what we think will happen. Perhaps we don’t see a desirable choice from the candidate’s running. Perhaps we’re just confused.