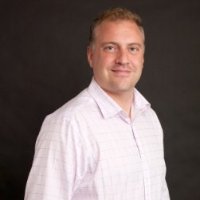 On Monday, the best of UK’s marketing research industry gathered for the prestigious and glamorous 2015 Market Research Society (MRS) Awards. This annual ceremony acknowledges the insights and innovation behind each research success story - highlighting that ‘evidence matters.’ With three separate nominations this year, Lightspeed GMI stepped into a new world.

With more than 800 people in attendance Monday evening, our single table could have been dwarfed by the noise, but the level of excitement from our team and our special guests, including BBC Worldwide, was palatable. The evening was compered by comedian Miles Jupp, who tore into his understanding of research with joy - the audience loved his anecdotes on his 'deliberate' misunderstanding of research, and the excitement he had at being at the most impressive awards ceremony he had ever been to (that night). As the chuckles died down, it was onto the serious business of the awards. Would we get a mention? Would we win one award? Who would hold the trophy if we did? These were all the questions on our mind and the tension grew.

First up for us was the Media and Advertising Award. The shocked joy of hearing our name called out took us all a little by surprise. Winning for Tackling the Elephant: How Innovation Helped BBC Worldwide Master Emotion, our paper showed how we were able to analyze and quantify the emotions behind the usual survey opinions. The trophy was picked up, the photos taken, the walk back to the table like floating on air.

The evening continued to get better and better with Lightspeed GMI taking home a second award as Jon Puleston was invited on stage with Amy Cashman from TNS UK. The jury said “This is an exceptionally powerful paper showcasing an innovative approach to B2B research.”  Jon also received a highly recommended mentioning in the category Research-Live award for Best Innovation.

When the final award was being called, we were ready to get up and make our way to the dancefloor to dance the night away and celebrate what great prizes we were already honored with. But we had to change direction as we were called to the stage to collect the Grand Prix award, which takes all the winners and judges the best one for research impact - the grand prize indeed. And when our name came up again, we could not stop the stream of people from both Lightspeed GMI and BBC Worldwide storming the stage to pick up the final gong.

The teams across the company that worked on each of these clients should stand up tall - as we have made Lightspeed GMI history. We have been recognized as the best in the market research industry by our peers - truly the proudest day of my 10 years at Lightspeed GMI.