THE WORLD IS GOING MOBILE: HERE'S WHAT IT MEANS 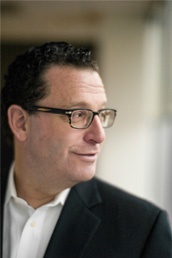 It’s been said for years that now is the time for mobile research, but we never seem to make the progress we want or need to make. But, now is really the time for mobile in market research. Why? Because we need to communicate with consumers/panelists in the way that they communicate, and the best way to accomplish this is by going mobile. 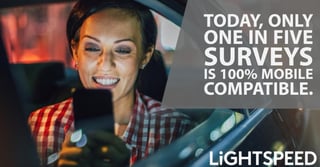 Two-thirds of all Americans will own a smartphone in 2017; Americans already spend almost 2.5 hours every day, both in-app or browsing the web on their phones. Additionally, 87% of Americans under the age of 34 are never without their phones. To bring home the point concerning usefulness and reliance, the average adult checks his/her phone 30 times a day, while the average millennial checks their phone 150 times a day.

So, why is our industry still slow to embrace mobile platforms as they conduct research? Today, only one in five surveys is 100% mobile compatible. Long, grid intensive, repetitive surveys aren’t going to survive in 2017, in large part because consumers won’t let them. They want much shorter, well-designed, gamified experiences that engage them in the research process, and capture them in-the-moment. On top of all this, brands which embrace these emerging realities will benefit: 100% mobile-compatible surveys result in improved feasibility, faster completion and more diverse respondent audiences. In 2017, I urge all of us to go mobile! Such a simple concept can be a huge game-changer.