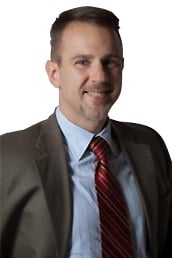 At the recent ARF Roundtable on Multicultural Market Research, one topic of conversation was demonstrating the value of multicultural insights to clients. Panel member Esther Franklin observed that if you took a photo of high-level budget holders at the Fortune 500 and compared it to a photo of Millennials, you’d have a very different looking picture (there are notable exceptions of course, but for the most part we recognize that leadership in corporate America tends to be white and male). The question was, is this a hurdle to making a case to these companies about the value of multicultural research?

A point was made that in 2014, most people have personal connections with multiple cultures – that photo of Millennials includes the multicultural children and grandchildren of those F500 budget holders. After the event I shared some thoughts with Sara Grimaldi and Heather Coghill from ESPN regarding a move by their sister company Marvel Comics, and what I find to be an encouraging sign. Sara and Heather were already aware of the news that Marvel is about to exchange a white Captain America, Steve Rogers, with former sidekick Sam Wilson, who’s black. Marvel did something similar in one of the Spider-Man comics, where Miles Morales, who’s black and Hispanic, takes the place of Peter Parker, who’s white. The character Thor will be a woman starting with October’s eponymous issue. This all makes for a good story for Marvel – Our characters are diverse, and are therefore relatable to a wider audience.

What I find more breathtaking and bold is the move Marvel made in The Avengers movie. The character Nick Fury, the leader of the government spy agency S.H.I.E.L.D. who has been portrayed as a white man since his introduction in the comics in 1963, is played by Samuel L. Jackson (who, in case you haven’t watched TV or seen a movie recently, is black). The difference is, this isn’t an exchange of characters – it’s the same guy. They just chose a black actor to take on the role instead of a white one. No explanation, no mystical forces, no time travel or other plot device – they just switched his race. This was precedented in the comics: one day there was a black Nick Fury rather than a white one (an interesting side note – there’s a scene in one issue where the character says that if a movie were made about his life, Samuel L Jackson should play him!). In the upcoming reboot of Marvel’s Fantastic Four, Johnny Storm (who’s white in the comics and has been since the 1960s) will be played by Michael B Jordan, who’s black. Another wrinkle to the story is that the character Susan Storm, his sister, will be played by Kate Mara, who’s white, possibly implying a blended family.

The exciting thing about these castings is the statement they make: What’s the difference? Unless there’s a compelling reason why this character needs to be a certain race, why limit the casting? Imagine if they’d cast Will Smith as Spider-Man instead of Toby Maguire – which of these actors seems more wise-cracking and athletic? Does anything about Spider-man demand that the character is white?

This sparks with the conversation at the ARF about Millennials – these movies’ target audience - and how their experiences are more multicultural than previous generations. Perhaps ethnicity isn’t a barrier to relatability for Millennials, at least not as much as with Boomers or even Gen X. I commend Marvel for their forward thinking in recognizing this.