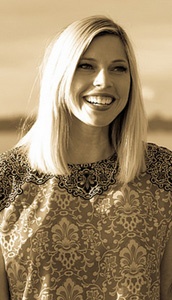 The internet is ablaze with the Spotify and T-Swizzle drama. It’s being discussed at the water cooler and in client meetings. So what is my opinion? Not sure, so I decided to do a little reading and form one. Firstly my disclosures are that I, like many 30 somethings have a 17 year old self inside that is alive and well; I love the new Taylor Swift Album. I am also a frequent Spotify user, recently having become a premium member and paying the $10 per month.

To me it boils down to a few key points:

So, who is the loser in this battle? I suspect that in either case this particular battle will be short-lived because the streaming ecosystem and its players are rapidly advancing. But in the short term, will Spotify be hurt by this?

On one hand, you might say it’s one artist. How can that stop the freight train that is the instant streaming revolution?

On the other, Taylor represents a pop force rare to the music industry- she was the first artist to sell 1MM records in a first week’s release in more than 10 years. She has a lot of fans and they like to stream music. So who are Taylor’s fans vs. Spotify fans? Age wise we know there is overlap. But what about going beyond demographics? To better understand this, I used our Context product.

Context is a solution that enables clients to better understand the tastes and preferences of consumers by combining single sourced social and attitudinal data. I ran a Context Mindshare comparison of Spotify fans vs. Taylor Swift fans. “Mindshare” is defined as a segment of Facebook user’s distribution of Page likes across our 33 Facebook categories. I.e. Music matters more to this group, Movies matter more to the other group. By comparing the extent to which two group’s distribution over and under indexes, we get indications about what matters to these consumers. We can also compare the extent to which they overlap (i.e. 50% of Brand A fans like Brand B, but only 5% of Brand B like Brand A).

Spotify fans are fairly similar to Swifties. 20% of the 33 categories represent some significant difference in percent Mindshare, the rest are nearly identical. Next I check overlap, seeing that only 4% of Swifties are Spotify Fans, yet 1/4 of Spotify fans are also Taylor Swift fans.

Knowing that a big part of Taylor Swift’s audience is female and 18-24, I filtered down to just those users. This data doesn’t look any better for Spotify, with even less overlap from Taylor Swift (3%) to Spotify and almost 40% of Spotify young females being Swifties. Conclusion? Taylor brings more fans to Spotify than vice versa, and if the Swifties leave, it could be a big loss for Spotify.

The opportunity here for Spotify competitors, like Pandora and iTunes, is to swiftly capture market share. So let’s see what their fans look like v. Taylor to see how likely that market capture would be. This doesn’t look good for Spotify. 18-24 F Swifties are Pandora fans at 5X the rate of Spotify fans (20%). The Mindshare of these two groups are also even more similar than Spotify v. Swifties, with less than 10% of categories having any significant difference. iTunes fans and the Swifties are even more closely linked with 18-24 F Swifties also liking iTunes 33% of the time. The appreciation is mutual with 44% of iTunes 18-24 F also liking Swift. Of all the cohorts, the Mindshare of these two groups were most similar with 3% difference in Mindshare.

What the above comparison tells us is that Swifties already have a closer relationship with Spotify’s competitors than they do with them. At this point in the risk assessment, it’s time to see what Spotify’s fans look like when compared directly with their competitor's fans. This will help us know how easy it’d be for the Swifties to be lured away. What we learned is that in both cases, Spotify fans have higher overlap among competitors (23% for Pandora and 28% for iTunes) then vice versa (only 7% of Pandora and 6% of iTunes). So that market capture risk exists naturally, even without the added burden of arguably the largest pop star today threatening to take her audience with her.

How will competing streaming services chose to capitalize here? What is Spotify’s next move? I couldn’t say, but it’s an intriguing part of the overall picture.

If you’d like to do some research on the matte r- or your own brand’s competitive risks - give us a call @LightspeedGMI!