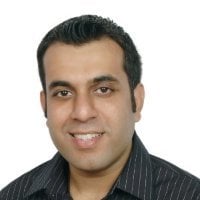 Consumers are following, perhaps even driving, the move towards mobile technology. Asia Pacific remains at the forefront of this adoption, with Nielsen recently reporting that smartphone penetration is at its highest in Hong Kong and Singapore at 87%, followed by Malaysia (80%), Australia (75%) and China (71%).

What is interesting is how people behave on these devices. Concerns around mobile spending security are rapidly dissolving, with almost nine out of ten Japanese consumers and around two thirds of Korean consumers participating in m-commerce in the past month. It is becoming clear that the internet is the internet, whether it’s in your pocket or on your desk.

Moreover, a new study from Forrester Research suggests something happens when people go online through their phones and tablets, something which doesn't happen at a desktop computer. Mobile users are more engaged with the content they see – 30% more than their PC-bound counterparts.

Engagement across all research methodologies has always been central and as brands as well as market researchers compete for the precious time of consumers, mobile demonstrates a strong asset.

Forrester uncovered a wealth of findings, including the chance of reading, commenting or sharing something that a company post on social media. Among tablet users, 49% are engaging with a company post at least once a week. For smartphone users, the numbers are equally impressive, with a healthy 46% interacting with a company every week.
Mobile isn't just about securing higher participation – it also allows us to reach a growing number of people who have moved on from their desktop or, as with the case in many of the developing Asia markets, are leapfrogging desktop and jumping straight to online through their mobile device.

Across Asia, 953 exabytes of data is expected to be handled monthly through mobile devices in 2014, according to CISCO. By 2018, mobile traffic will have reached 38.3 exabytes of traffic in Asia-Pacific, compared to 47.3 exabytes of IP traffic. CISCO is also predicting that mobile data will have a compound annual growth rate of 67% over the next four years.

With mobile users more passionate about engaging with content and rapidly drawing equal with desktop internet traffic, we should be looking to mobile as a key part of our industry future. Adopting mobile sooner rather than later will ensure that market researchers reach real-time insights from real respondents in real situations.

Mobile is fast becoming an integral part of company strategy, the same should apply for researchers.