Back to the future: Embracing innovation in the research world 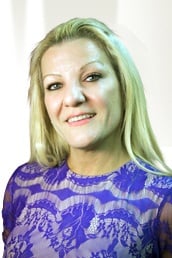 Marketers are arguably in a better place than ever to communicate with their audience – whether through Facebook followers, Twitter addicts or the ever engrossed mobile population. Technology is producing a familiar and comfortable means of constant engagement.

Yet despite all the trends pointing to an increasingly interconnected world, some researchers still remain unconvinced and even fearful over what the future holds for the industry.

In reality we shouldn't fear change. We've already tackled many of these transitional concerns and obstacles through previous industry milestone changes.

After all, under 10 years ago online was seen as a 'futuristic technique' that couldn't lay claim to a national representative sample (Lauer, 2005) but is now widely accepted as the most feasible method for data collection. Online was a slow riser, with only 4.4% APAC growth in 6 years vs a whopping 19.3% for mobile broadband (International Telecommunications Union, 2013).

Realising the movement to online, our industry changed and, although we saw hurdles, it also provided learnings. Our view is that we can leverage our past experiences and feel well equipped to take on the challenges ahead.

How past learnings can guide future offerings

The initial transition from physical, paper surveys to online market research was far more difficult and complex than the current adjustment to mobile friendly surveys. Utilising the intrinsic mobile capabilities allows for clarity on a few alterations (length, questions type, visibility) to make an online project mobile compatible. Given that 84% of developed countries will be on mobile by the end of 2014, a little time spent on these tweaks brings great benefit in reaching a more representative final data set.

Early adopters worried the unfamiliarity of panellists with digital technology would result in less effective results.

8 years later, how times have changed! A phone call is seen as out of the ordinary or even intrusive and picking up a pen, instead of tapping away on their device, would be seen as a hassle. Now we go into panic mode if our phone is more than arm's length for half an hour!

We are offered a more streamlined online experience that is driven by convenience and ease of use. Incorporating these tools into our approach to data collection online can unlock higher quality and more varied forms of data.

Traditionally, focus groups have been high cost activities when done in person. However, moving discussions online offers a significant cost and efficiency advantage, as dialogue can be generated, observed and guided in a situation that resonates with us as socially driven online users.

Thanks to our ability to have a voice through Facebook, Twitter and the like, people are much more willing to share online in our current world. In opposition to our past belief around online integrity, Jeffrey Hancock (Cornell University) reports that people are less likely to lie online than they are when using other communication mediums such as telephones.

The arrival of online surveys brought in monetary rewards and prize draws to motivate people to participate in research. The digital age changed the process of sharing information into a reward in itself and, whilst of course a reward is still a component, the chance to be a part of the conversation is making it easier to engage consumers and discover their motivations.

We are in a state of rapid technological influx where the landscape can seemingly change at a rate that's hard to keep up with. However, the transition is easier than you think, with the return being well worth taking the time to consider how we can harness these opportunities for a more informed and more exciting industry future.